What do you fear most ? Lions…….snakes……scorpions…..

HomeWhat do you fear most ? Lions…….snakes……scorpions….. 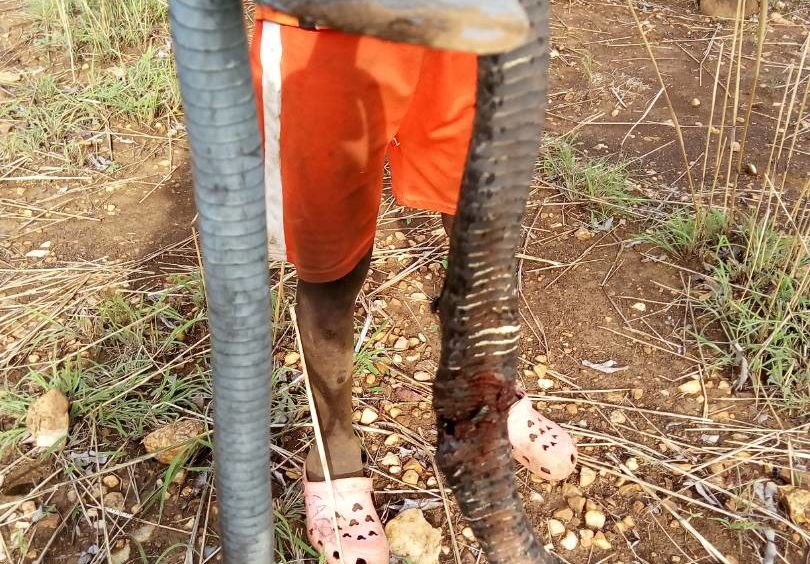 What do you fear most ? Lions…….snakes……scorpions…..these are a few of the answers you get if you ask Espoir Jeunes’ youngsters about their fears . Nature is more threatening than school failure,  sickness, loneliness, emargination.

And by golly, how right they are!

A few weeks ago there was one chicken less in the pen.  Next morning, another one. And it did not take much ingenuity to figure out that either a predator or a thief was the culprit.

The main suspect was….a cobra!!!And to the great satisfaction of the would be Sherloc Holmes, a HUGE cobra I was.  We received a picture of the dead assassin, and shivered only by looking at it.